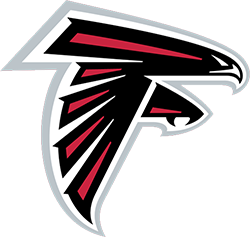 “Do you know that those who run in a race all run, but one receives the prize? Run in such a way that you may obtain it. And everyone who competes for the prize is temperate in all things…thus…I discipline my body and bring it into subjection, lest, when I have preached to others, I myself should become disqualified.” 1 Corinthians 9:24, 25a, 27.

Who are we? North Georgia Falcons Football operates as a Georgia non-profit (501C3) sports association and is known as the North Georgia Falcons –Varsity Football Team, Middle School Football Team, Varsity Basketball Team and Middle School Basketball Team, Varsity Baseball and cheerleading. Our purpose, as an organization, is to give boys who are in middle school and high school an opportunity to play competitive tackle football. Players will be taught the fundamentals of football, physical conditioning and teamwork. We trust that God will bless our efforts. We will encourage each player to work hard, have a positive attitude and display good sportsmanship. We have a vision for creating a legacy of excellence and integrity. We shall strive for competitive greatness – being at your best when your best is needed and the enjoyment of a difficult challenge. We also ask for friendship among the families and players with mutual esteem, respect and devotion to one another. It must not be taken for granted and requires a joint effort. It takes these things and more to build a successful football ‘TEAM’!

Player use of drugs, tobacco and/or alcohol is prohibited at any NGF function.

Football is an enormous undertaking and will require the full dedication of the players and their parents. One of the things that distinguish our football program from others is our family and community involvement. All parents must serve in one or two volunteer areas throughout the season including, but not limited to: concessions, clean up, fund raising, etc. Our home games are where parent volunteers are needed the most. There will be a list of responsibilities made available to each parent so that they may choose those they would like to be responsible for.

No one will be allowed on the sidelines except for players, coaches and those ‘officially’ designated with positions that require them to be on the sidelines and you must be wearing a badge.

Approaching a coach on game day or during practices with issues or grievances is prohibited. (If you need to talk to a person in charge, please call them and make an appointment with them before or after practice. NO GAME DAY CONFERENCES).

Decisions on who plays when and where in a game rests solely with the discretion of the coaches.